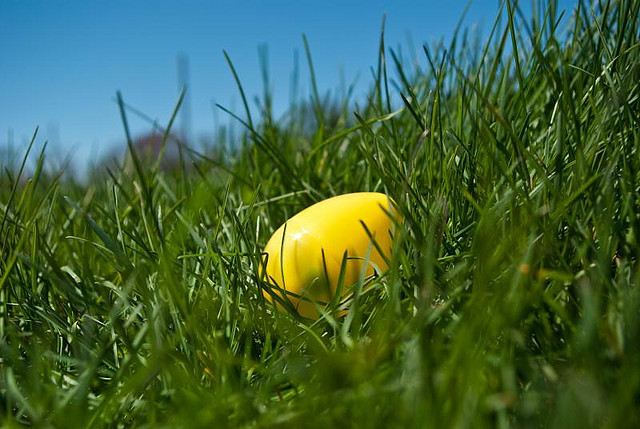 ‘Lil Miss, put Francesco in the oven and burn him. Then he’ll die! He’s been very very naughty’

‘Lil Man we don’t burn people for being naughty. What has Francesco done?’

The kids have been doing a lot of role play lately. Some of it has been quite amusing, such as when Lil Miss piped up the other day

‘Lil Man, we needs to go the shoe shop, I need new shoes’

and Lil Man replied, ‘I’m not your baby’s daddy. You’re not getting new shoes!’

But still none of it has gone anywhere near pretending that toys, are burning and dying. I was slightly horrified and also completely perplexed as to where it came from.

‘Mummy, do you know the Easter story?’

‘I know some of it sweetie, why don’t you tell me what you know?’

‘Well, there’s palm trees and dinosaur eggs. No wait. Easter eggs, there’s Easter eggs. And Jesus was the King and the guards came to arrest him in his castle. Then he was made to carry a cross. His OWN cross! They got his hand and feet and put nails in them. Mummy, would it hurt if a nail went in your hand? There was two other people with the baby Jesus. No wait, Jesus was the King. One had a REALLY long white beard. Then Jesus died because he’d had no water. Would you die if you didn’t have anything to eat and drink? Mummy will I be alright if I don’t have water while I’m asleep tonight?’

Then he gulped down his milk and asked for some water.

I wondered why he’d been so keen to eat every scrap of his tea earlier!

I’m not sure what to make of this yet. I haven’t quite processed it. If it’s not obvious already, they’ve been taught this in school. I’m all for being honest with them but I can’t help but think this was done in slightly too much detail, he’s only in reception. He’s just 4 years old. I think that’s the thing that’s bothering me the most, the detail it seems they’ve gone into. He kept wanting to talk about how nails would feel in your hands and feet. He also started asking why we die because we grow. It took me a while to figure out that he just meant growing old.

It’s a tough one, I know at some point they need to know about death, he just still seems too little and my mothering instinct wants to protect him from things that might upset him.

I told him that I’d have to find the Easter story so we could read it together and talk about it some more. ‘Can we have a different Easter Story?’, he asked, ‘I don’t like that one’. I don’t blame him to be honest! Maybe we’ll make up our own happy Easter story with palm trees and dinosaur eggs.