A little while ago we embarked on a new adventure….

Just before Christmas the hubby spotted a building that had just been put up to let. A building that he’s been driving past for years, thinking that it’d be ideal.

He came home full of ideas and before I knew it he was in there viewing the place.

Although its something I’ve foreseen us doing in the future, my initial reaction was that it might be a little too much to take on.

He was working full time, I was working part time from home and we were both fitting in therapy treatments, trying to find time to give our online crystal shop a bit of some tlc and of course looking after two little people who need a lot of time and attention. What else did we have to give?

But I’m a great believer in things that are meant to be, I knew it had caught his attention for a reason.

Before I knew it, I was in there too. Completely bought into the idea and we were figuring out how we could make it work.

We finally found a way, and crazy as it seemed to take on so much, not doing it didn’t make sense any more.

So, you’re probably wanting me to get to the point now, in a ‘what the hell is she harping on about’ kind of way!

Well, it’s a shame we can’t have drum rolls or a fanfare or something, but nevermind….

We’re going to open our own therapy centre!

More specifically, a Holistic Therapy and Reiki Centre. Hence why the last month has been spent desperately revamping our website, Facebook page & getting covered in paint (well, that bit only applies to me. Not that I’ve been the only one painting. But why is it completely impossible for me to even hold a paintbrush without getting more paint on me than the places it’s supposed to be?) 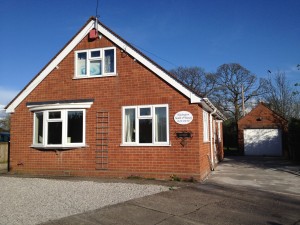 We’re planning to open in about a weeks time, there’s been a few hiccups, but every time either the hubby or I have wavered slightly, something has happened that’s made us realise that we’re doing absolutely the right thing.

Well, that’s how it feels anyway!

And why I think that hubby’s redundancy was a case of that little thing called divine timing.

Without it I have no idea how we would’ve found the time to get everything ready without him being on garden leave. (And while we’re on that subject, I’m not sure why they call it garden leave. I’ve never seen anyone do any actual gardening on it!)

Anyway, my point is that everything seems to be coming together perfectly. Ive just given cynic in me a slap on the wrist for having that fleeting thought, ‘a little too perfectly’. After all it is all about the positive thinking!

I’m so excited, finally I’m going to be able to make my therapy work more of a job than a hobby. I’ve been doing a lot more of it lately and the one thing I’ve realised is that it doesn’t feel like work, which is the best kind of job to have!

Ever heard that little saying, ‘find something you love to do, then find someone to pay you for doing it and you’ll never have to work a day in your life?’  I always really believed in that, it just took me a long time to figure out what I needed to do so I don’t need to ‘work’!

Of course, there will still be SEO, copywriting and guest blogging work but it’ll be great to have a nice mix between the two :0)