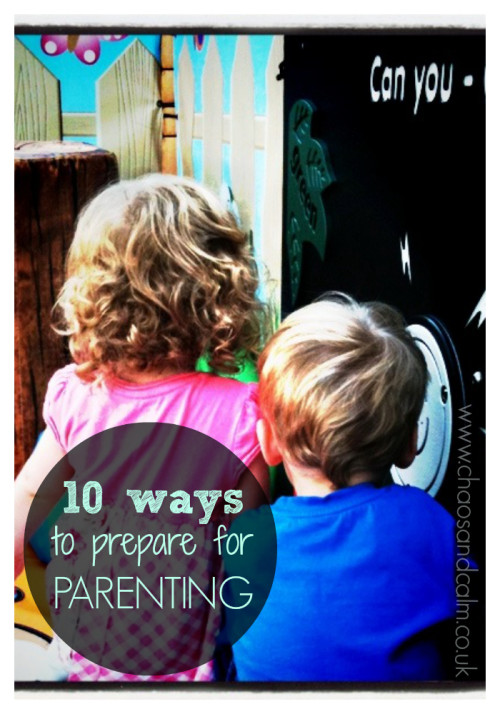 I know lots of people who are due to have babies soon. Many for the second time, but some are going to be first time parents and it got me thinking about the sort of stuff I’d like to have been prepared for.

I mean, I knew about the sleepless nights, the dirty nappies and the constant feeding, but I had no idea what to expect further down the line. If I had then I might have felt more, well…prepared.

So aside from the sleep routines, the weaning and the potty training (which go by in such a blur, you’ll wonder if they ever actually happened) here’s the bits of advice I wish people had shared so that I felt a little more prepared for parenting. (And as with my stance on all advice, take whatever works for you and leave the rest exactly where you found it!)

END_OF_DOCUMENT_TOKEN_TO_BE_REPLACED

I know that you are a completely normal stage of toddler development. I know that you happen for a good reason, and I know you are probably just as much a lesson for me (in patience, no doubt) as you are for Lil Miss. However, I believe the following are entirely acceptable reasons for you to consider my request:-

You make car journey’s extremely tiring. In fact, just getting in the car is a complete nightmare. Trying to concentrate with a screaming toddler in the back of the car makes driving horrendously difficult. Mealtimes, bathtimes and bedtimes are not the easiest either. They can all result in meltdown, and I’m not just talking about Lil Miss.

And I’m really beginning to feel a huge dislike for ‘don’t help me!’ and Lil Misses favourite companion ‘n.n.n.n.n.nn.nnn.nnnn.NO!!!’

Unfortunately when you arrived you forgot to fetch Lil Miss the ability to throw a tantrum by placing herself carefully on the floor (like her big brother) before kicking off. And I’m actually quite worried she might seriously hurt herself one of these days.

Plus, there’s also the issue of me feeling like the worst mother in the whole world, because you always encourage meltdown mode whenever we step foot in a shop, particularly Asda or Tesco (I suspect this may be due to the fact that the shouts and screams echo the best in there!)

I have no idea why you’re so adverse to nursery. I’m pretty sure you don’t make yourself known there very often. This is largely due to the comments such as ‘she’s always such a good girl’ and ‘we barely know she’s here’. Plus the shock on their faces a few weeks back when they told me that she’d been a little defiant. She’d said ‘No’ a couple of times. Well, I’d have said that was a very good day!!

Her inability to make a decision coupled with her stubbornness, independence & determination, while you have her in your clutches can be excruciating.  I’m hoping that the latter three of those, erm….qualities (?!?) may feature in her personality when she is older, as they will give her plenty of drive & confidence, but I’m sure she doesn’t need to practice them quite so much now. (My husband keeps saying she’s definitely my daughter but I have no idea what he means).

In addition, I can’t keep dressing her like this….. 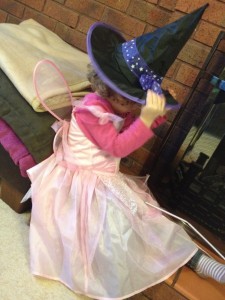 We do have many occasions (particularly when she has a great night’s sleep and is more able to keep you at bay) where we get to experience the sweet, charming, clever little girl that she really is. That Lil Miss is extremely fun and cute.  She makes my heart melt a little each time when she tells me she loves me or that I’m her best friend. She’s the little girl that’s also incredibly caring and adores her brother and we’d really love to see much more of her.

Anyway, taking all of the above into consideration, I’m afraid I have no option but to kindly ask you to leave.  I feel that this is a very reasonable request given that you arrived much earlier than we anticipated and seem to have long outstayed your welcome! 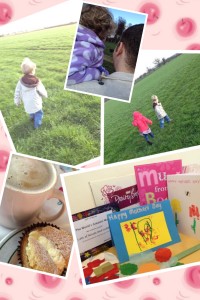 I’ve been writing this post for a long time. Well, making notes anyway. Notes of the things that the tiny tearaways have said that make my heart melt a little or made me roar with laughter.

There’s a 10 year age gap between me and my little bro. It meant that I had chance to test out my motherly skills as a youngster (sorry about that matey!) It also meant that I learnt some lessons early on that I can apply to parenthood now.

One of those lessons was that, ‘Whatever children say, no matter how sweet or hilarious, it’s very unlikely you’ll remember it in 20 years time’

My little bro gave us side splitting moments often. I recall sitting round the dining table on many an occasion, attempting to stifle that type of laughter that just won’t stay under wraps.

Unfortunately, very few of them are actual memories where I could tell you exactly what was said to make us laugh. I just can’t remember them.

Except for the time he terrified one of my first boyfriends by asking him, (the very first time I fetched him home) ‘If my mummy and daddy die, will you look after me?’ and the time I thought I was being clever when I explained to him that ‘gay’ meant happy. Of course, he pointed at the first man he saw in the street and shouted, ‘Look, he’s gay!’

When our babies were born I made a pact with myself to record the things they said so that I WILL remember them in 20 years time, and also so I can embarrass them a little bit at their weddings!!

Having said that, I also want to say what a proud mummy I am. Lil man’s speech is excellent. He expresses himself brilliantly and he’s really polite too (well, most of the time) and because he’s such a great example, his sister has come on leaps and bounds with her speech.

As amazing as it is to hear them both talking so well, expressing themselves and using their imagination, I never imagined quite……

How bossy they could be……

Arriving home from pre-school when I dare to sit down straight away.
Lil Man: ‘Mummy, get up and do some work’

Driving (at no more than 30mph I might add!)
Lil Man: ‘My feel ick Mummy, you is going too faster’

Lil Miss asking for flapjack
Me: ‘Sorry Lil Miss, we haven’t got any’
Lil Miss: ‘You is NOT sowrreee!’

How crushing their words could be……

Lil Man (walking to pre-school): ‘Ooof, my runned out of running, but my not walked out of walking’

How embarrassing they could be…….

Lil Man *points to man directly behind us* while we’re shopping in Asda: ‘Mummy. Look at THAT man. What IS he? Oi! Man. What ARE you? What is your name?’

While Daddy answers a work call in the middle of bathtime
Lil Man to Lil Miss: ‘Can you show me your bum? I’ll show you mine!’

How clever they could be….

Lil Man going through the Argos catalogue pre-Christmas, pointing at pretty much every single thing saying, ‘My want that’
Me: ‘Sweetie, I’m sorry but you can’t have all of those toys. Santa has lots of other boys and girls to deliver presents to, he won’t have room to fetch all of those toys for you.’
Lil Miss: ‘You as to buy it then, Mummy. Or Daddy as to buy it!’

How funny they could be…….

While we were talking about one of my friends having her baby….
Lil Man: ‘baby will come when it’s ready, but my will need a slide to catch it’

This is Part 1 because I’m pretty sure there will be plenty more said that I want to record and share too. They do come out with some corkers every single day after all!

I’m tempted to start a meme but maybe that’s a little ambitious for such a newbie blogger, plus there may already be one out there. Does anyone know of any you can point me in the direction of?