I’ve come across something that has shocked me this week.  The amount the NHS pays out in legal fees due to medical negligence.

According to the daily mail a staggering £22bn has been put aside to meet the pay outs for negligence this year.  That is an astounding amount of money!

Apparently, the government blame no win, no fee lawyers and their spiralling fees and yes, solicitors don’t have the greatest press. I know, I’ve been one.  But there’s also got to be a case for them to fight and someone has to have suffered as a result of another’s actions, or failings.  In this case, the NHS.

Which is also getting bad press.

A survey by First4Lawyers.com found that 36% of people don’t feel their doctors listen to them.  And 54% of them would like to go private but can’t afford it.  When it comes to this I think that the pressures placed on NHS staff are to mostly to blame, especially for the fact they aren’t able to offer the support that their patients need.  As a holistic therapist, I find that it can take clients quite some time to go through all their medical conditions during the consultation process, far longer than the 7 minutes or so they’d have with their GP.

Fortunately, I’m in a position where I can offer them that time and feel better about the service I’m providing to them.  I hate to think how stressful it must be for a GP, or consultant to manage clinics where their appointments run so close together and they’re under pressure deal with everything within certain time limits.

And it’s very much accepted that people under severe amounts of stress are more likely to make mistakes.  Doctors may well have years of medical training under their belt but they’re still human and will cock up like the rest of us, especially under so much pressure and probably very little sleep!

In my opinion, the NHS budgets are the first things that need to be considered.  Cutting costs may seem like a good solution to the Government in dealing with the deficit, but it’s not a particularly good plan when it’s causing major problems elsewhere! A bit like cutting your nose off to spite your face as far as I’m concerned. 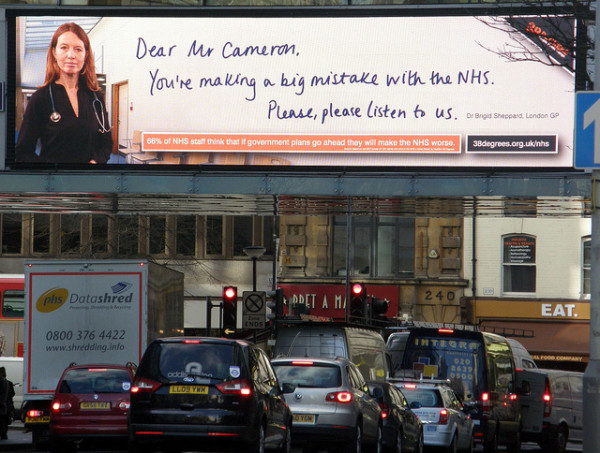 I hate having a negative perspective on things but it’s so important that something is done before the NHS, and we as a population, suffer irreparable damage. As a mum, I do worry about what my children’s generation will have to deal with during their adulthood.  Will they be able to access medical care as and when they need it like we can.

I think all these figures that show the increasing costs and the ever mounting number of claims, are a reflection of the state the NHS is in at the moment.  It just doesn’t make sense to me that all these cuts are being made while more money is actually being spent because mistakes are happening, mistakes which could mostly be avoided if the resources were there.   And it’s not just a number crunching game.  People are suffering because of these mistakes, people are left with injuries and disabilities that they shouldn’t have suffered.  That to me is reason enough to reconsider the resources needed in the NHS, never mind the financial stuff!

The NHS is something that we Brits should be proud of.  And extremely grateful for! I have a lovely client who is American, she married here and has lived here for years and years. Unfortunately, her health is so poor that she’d never be able to return to America now, this is partly because she can’t fly, but mostly because she wouldn’t be able to get health insurance, which would mean that she’d go without medical care and medicine that she absolutely needs.  She praises our NHS often, and points out that it’s something we should all be truly grateful for.  And I agree.

I’ve had very few experiences in hospital, but every time I’ve been there, the staff have been wonderful, despite being under too much pressure and completely overworked! In fact, the midwife who delivered Lil Miss had a shock when she was born 15 mins after we’d arrived at hospital.  She wasn’t expecting to see a baby before she finished that day.  But she was an absolute star and stayed 4 hours past the end of her shift to finish all our paperwork so we could take Lil Miss home that evening.  And she even found time to make both me and hubs tea and toast too! A real super star.

I will always feel rubbish for not having written and recognised her.  Maybe I shall find Lil Misses notes, discover her name and say a belated thank you.  Because that’s also something we don’t do enough of here, maybe we should focus more on praising the people who do such a great job and less on the negative stuff.  I know that’s easy for me to say having had good experiences but saying thank you can only help that morale and hopefully that ripple will continue.

Long live the NHS I say!

Disclaimer, this post was written in collaboration with First4Lawyers.com but all the opinions are my own, the good, bad and the ugly!